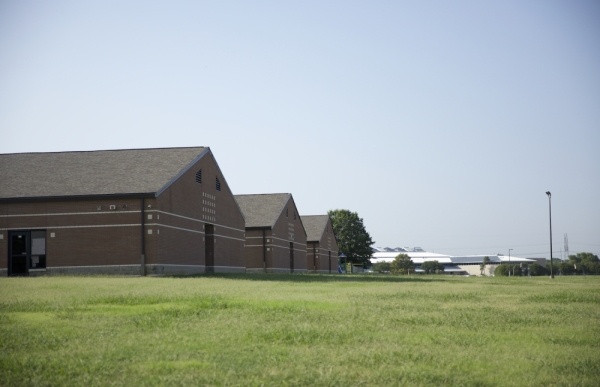 The board approved a construction manager for the Gulledge Elementary project in September. Since then, the guaranteed maximum price for the expansion has been reviewed, clarified and evaluated. (Liesbeth Powers/Community Impact Newspaper)

The Gulledge Elementary six-classroom addition has been approved for roughly $815,000 more in construction costs than was originally estimated in August.

A total contract amounting to $4,214,999 for the project was approved at a regular Plano ISD board meeting Feb. 4.

The change in price is largely due to an increase in square footage, according to PISD spokesperson Lesley Range-Stanton. The additional square footage will meet code requirements to provide additional protected exits, she said in an email Feb. 11.

Original plans which called for a single staff restroom were changed into two student restrooms, which added more square footage to the plan, Range-Stanton said.

The addition will add space for approximately 141 students. The current building capacity is approximately 842 students and has been at 85% capacity or more since the 2017-18 school year, as Plano ISD CFO Randy McDowell explained at a work session last fall.

The addition will be paid for through the 2016 bond program and will also serve as a tornado shelter for the school, McDowell said.

The board approved a construction manager for the project in September. Since then, the guaranteed maximum price for the expansion has been reviewed, clarified and evaluated, according to the agenda item.

The project is still expected to begin in the spring and be completed by August, Range-Stanton said.