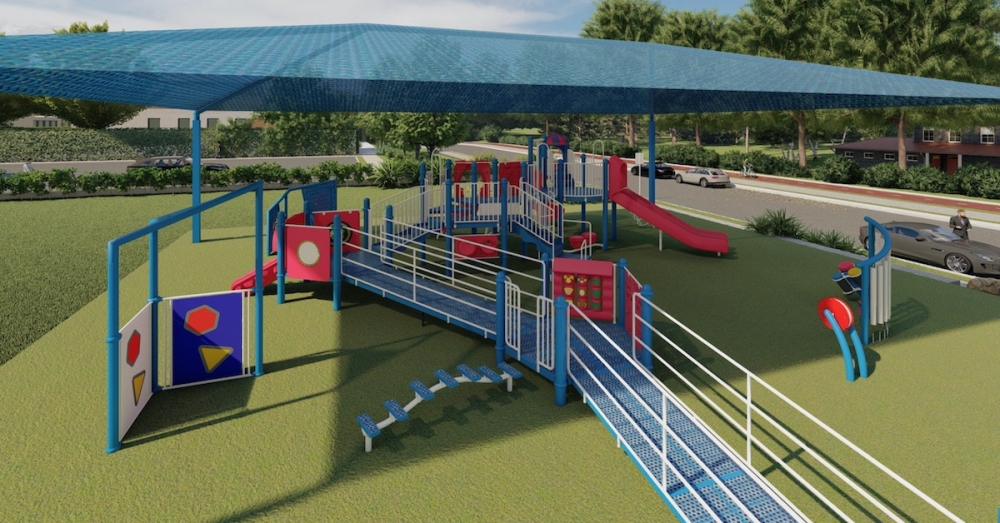 The new playground at Aldridge Elementary School will include a fabric shade and artificial turf. (Rendering courtesy Plano ISD)

Plano ISD intends to install a new shaded playground at Aldridge Elementary School as the first step in a plan to update student play areas at four elementary campuses.The $213,000 cost of the new playground includes $95,500 for the structure and its installation, $49,500 for a fabric shade structure and its installation, $54,000 for artificial turf and $14,000 for concrete borders, according to a presentation to the PISD board of trustees Nov. 16. Chief Financial Officer Randy McDowell said funds from the district's 2016 bond will be used to pay for the new playground.

"We'd like to pilot the one at Aldridge [Elementary]—that's the one we've been looking pretty extensively at," McDowell said. "That equipment could be here as soon as early December, and we can have that lower grade-level playground installed ... no later than early February."